He defended slavery and opposed the notion of human equality. But he is not our enemy.

Ms. Callard is a philosopher and professor.

The Greek philosopher Aristotle did not merely condone slavery, he defended it; he did not merely defend it, but defended it as beneficial to the slave. His view was that some people are, by nature, unable to pursue their own good, and best suited to be “living tools” for use by other people: “The slave is a part of the master, a living but separated part of his bodily frame.”

Aristotle’s anti-liberalism does not stop there. He believed that women were incapable of authoritative decision making. And he decreed that manual laborers, despite being neither slaves nor women, were nonetheless prohibited from citizenship or education in his ideal city.

Of course Aristotle is not alone: Kant and Hume made racist comments, Frege made anti-Semitic ones, and Wittgenstein was bracingly upfront about his sexism. Should readers set aside or ignore such remarks, focusing attention on valuable ideas to be found elsewhere in their work?

This pick-and-choose strategy may work in the case of Kant, Hume, Frege and Wittgenstein, on the grounds that their core philosophical contributions are unrelated to their prejudices, but I do not think it applies so well to Aristotle: His inegalitarianism runs deep.

Aristotle thought that the value or worth of a human being — his virtue — was something that he acquired in growing up. It follows that people who can’t (women, slaves) or simply don’t (manual laborers) acquire that virtue have no grounds for demanding equal respect or recognition with those who do.

As I read him, Aristotle not only did not believe in the conception of intrinsic human dignity that grounds our modern commitment to human rights, he has a philosophy that cannot be squared with it. Aristotle’s inegalitarianism is less like Kant and Hume’s racism and more like Descartes’s views on nonhuman animals: The fact that Descartes characterizes nonhuman animals as soulless automata is a direct consequence of his rationalist dualism. His comments on animals cannot be treated as “stray remarks.”

If cancellation is removal from a position of prominence on the basis of an ideological crime, it might appear that there is a case to be made for canceling Aristotle. He has much prominence: Thousands of years after his death, his ethical works continue to be taught as part of the basic philosophy curriculum offered in colleges and universities around the world.

And Aristotle’s mistake was serious enough that he comes off badly even when compared to the various “bad guys” of history who sought to justify the exclusion of certain groups — women, Black people, Jews, gays, atheists — from the sheltering umbrella of human dignity. Because Aristotle went so far as to think there was no umbrella.

Yet I would defend Aristotle, and his place on philosophy syllabuses, by pointing to the benefits of engaging with him. He can help us identify the grounds of our own egalitarian commitments; and his ethical system may capture truths — for instance, about the importance of aiming for extraordinary excellence — that we have yet to incorporate into our own.

And I want to go a step further, and make an even stronger claim on behalf of Aristotle. It is not only that the benefits of reading Aristotle counteract the costs, but that there are no costs. In fact we have no reason at all to cancel Aristotle. Aristotle is simply not our enemy.

I, like Aristotle, am a philosopher, and we philosophers must countenance the possibility of radical disagreement on the most fundamental questions. Philosophers hold up as an ideal the aim of never treating our interlocutor as a hostile combatant. But if someone puts forward views that directly contradict your moral sensibilities, how can you avoid hostility? The answer is to take him literally — which is to say, read his words purely as vehicles for the contents of his beliefs.

There is a kind of speech that it would be a mistake to take literally, because its function is some kind of messaging. Advertising and political oratory are examples of messaging, as is much that falls under the rubric of “making a statement,” like boycotting, protesting or publicly apologizing.

Such words exist to perform some extra-communicative task; in messaging speech, some aim other than truth-seeking is always at play. One way to turn literal speech into messaging is to attach a list of names: a petition is an example of nonliteral speech, because more people believing something does not make it more true.

Whereas literal speech employs systematically truth-directed methods of persuasion — argument and evidence — messaging exerts some kind of nonrational pressure on its recipient. For example, a public apology can often exert social pressure on the injured party to forgive, or at any rate to perform a show of forgiveness. Messaging is often situated within some kind of power struggle. In a highly charged political climate, more and more speech becomes magnetically attracted into messaging; one can hardly say anything without arousing suspicion that one is making a move in the game, one that might call for a countermove.

For example, the words “Black lives matter” and “All lives matter” have been implicated in our political power struggle in such a way as to prevent anyone familiar with that struggle from using, or hearing, them literally. But if an alien from outer space, unfamiliar with this context, came to us and said either phrase, it would be hard to imagine that anyone would find it objectionable; the context in which we now use those phrases would be removed. 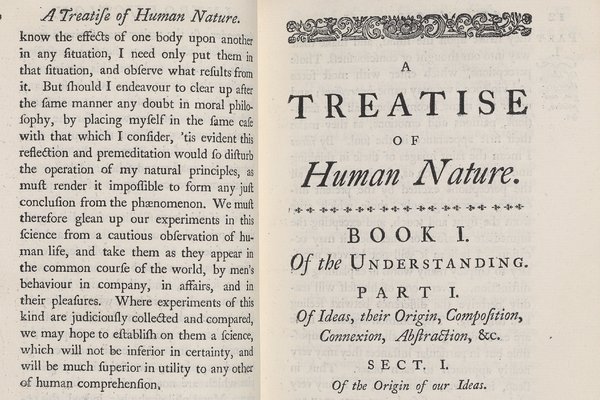 In fact, I can imagine circumstances under which an alien could say women are inferior to men without arousing offense in me. Suppose this alien had no gender on their planet, and drew the conclusion of female inferiority from time spent observing ours. As long as the alien spoke to me respectfully, I would not only be willing to hear them out but even interested to learn their argument.

I read Aristotle as such an “alien.” His approach to ethics was empirical — that is, it was based on observation — and when he looked around him he saw a world of slavery and of the subjugation of women and manual laborers, a situation he then inscribed into his ethical theory.

When I read him, I see that view of the world — and that’s all. I do not read an evil intent or ulterior motive behind his words; I do not interpret them as a mark of his bad character, or as attempting to convey a dangerous message that I might need to combat or silence in order to protect the vulnerable. Of course in one sense it is hard to imagine a more dangerous idea than the one that he articulated and argued for — but dangerousness, I have been arguing, is less a matter of literal content than messaging context.

What makes speech truly free is the possibility of disagreement without enmity, and this is less a matter of what we can say, than how we can say it. “Cancel culture” is merely the logical extension of what we might call “messaging culture,” in which every speech act is classified as friend or foe, in which literal content can barely be communicated, and in which very little faith exists as to the rational faculties of those being spoken to. In such a context, even the cry for “free speech” invites a nonliteral interpretation, as being nothing but the most efficient way for its advocates to acquire or consolidate power.

I will admit that Aristotle’s vast temporal distance from us makes it artificially easy to treat him as an “alien.” One of the reasons I gravitate to the study of ancient ethics is precisely that it is difficult to entangle those authors in contemporary power struggles. When we turn to disagreement on highly charged contemporary ethical questions, such as debates about gender identity, we find suspicion, second-guessing of motives, petitioning — the hallmarks of messaging culture — even among philosophers.

I do not claim that the possibility of friendly disagreement with Aristotle offers any direct guidance on how to improve our much more difficult disagreements with our contemporaries, but I do think considering the case of Aristotle reveals something about what the target of such improvements would be. What we want, when we want free speech, is the freedom to speak literally.

A version of this article appears in print on https://www.nytimes.com/2020/07/21/opinion/should-we-cancel-aristotle.html?fbclid=IwAR1ulc4Y2AcjDq29ulp1DAg5ZLMGhNsVNiEfhZU24oD9nZrbYNxG-b9nCZQJuly 23, 2020

, Section A, Page 23 of the New York edition with the headline: Aristotle Is a Jerk, but We Shouldn’t Cancel Him. Order Reprints | Today’s Paper | Subscribe